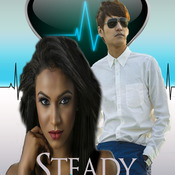 "Everything that happened was leading to this; my death and resurrection, my Phoenix moment that led me to the man who would save me with his Steady Hands."

Elizabeth Spears' didn't have an easy start in life. How can she with two drug-addicted parents who are absent more than they are present? A turn of events offers her a new path out of the gang-infested neighborhood where she is hungry more than she is happy, and into Doctor Alex Park's family. Things don't go as Elizabeth expects. She isn't accepted by all of Doctor Park's Asian family. Elizabeth tries to cope with her new life as a Black girl growing up in an Asian family, but it is hard as she encounters racism and prejudice, especially from Doctor Park's son Joshua. Can Elizabeth and Doctor Park teach them the meaning of family and unconditional love? Will they accept her if she becomes a successful Doctor?

Joshua thought his parent's divorce was the worst thing that has ever happened to him. That is until his father took in Elizabeth Spears. She has everything he wants, his father's love and devotion. It doesn't help that she does everything perfectly. Now, he has to prove to his father, her, and himself who is the best. Competition is healthy, but with so many emotional scars, things get a bit messy. And when Joshua starts to see the woman Elizabeth is versus who he makes her out to be, will he run or coax her into his Steady Hands?