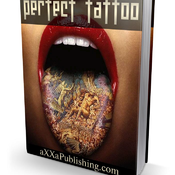 For many people, tattoos are marks of machismo – a form of expression for sailors, bikers and convicts with little significance outside of those subcultures. On the contrary, tattoos are often symbolic of rich cultural histories.
In many cases, tattoos are a way to place protective or therapeutic symbols permanently on the body. Polynesian cultures have developed elaborate geometric tattoos over thousands of years. After British explorer James Cook's expedition to Tahiti in 1769, the marks became fashionable in Europe. As a result, European men in dangerous professions, in particular sailors and coal miners, have tattooed anchors or miner's lamps on their forearms for protection since the late 18th Century. The tradition of tattooing a loved one’s name also developed during this time.
In other cultures, tattoos mark people as part of specific social, political or religious groups. In the Maori culture of New Zealand, the head is considered the most important part of the body. The face is embellished with elaborate tattoos, which serve as marks of high status. Each tattoo design is unique to the individual, as it conveys specific information about that person’s social status, ancestry and skills. Men are given tattoos at various stages in their lives, and the decorations are designed to enhance their features and make them more attractive to potential wives. Although Maori women are also tattooed on their faces, the markings are concentrated around the mouth. The Maori believe tattoos around the mouth and chin prevent the skin becoming wrinkled and keep them young......