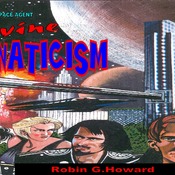 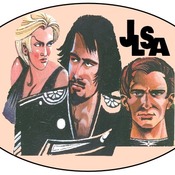 The Galaxy Police Federation are alerted as a distant planet starts to destabilise caused by the plotting of religious fanatics depicting the prospect of complete atomic annihilation. Jim and crew arrive in disguise to try to find the perpetrators behind the forthcoming terrorist bid. Jim undercover uses futuristic technology in order to lure the head of the religious terrorists to him. A frantic battle to stop the fanatical operatives exploding a portable nuclear weapon begins, with the lives of ten million city dwellers at stake. In the midst of all this comes the discovery of a three-thousand years old craft puzzling both the Police Federation and the planetary religion.